Although some companies only call modern the very recent organic pigments, I am choosing to start the list of modern pigments in 1704 when the earliest synthetic mineral pigment was invented by chemistry: Prussian blue. (It is debatable but until I know for sure where the line is, I’m simply keeping this date as a useful landmark.)

The next years brought all the colours that we now take for granted:

In 1751, the composition of Zinc White was found but, strangely, it was not commercialised until 1850. It was followed by Cobalt green in 1780, blue in 1802, violet in 1859. Then an artificial Ultramarine blue, red and violet were all discovered at once in 1828. Some time during that century followed Aureolin, Viridian, Mars Black, Brown, Violet, Red, Orange and Yellow, and most of the Cadmiums around 1840s.

These new colours, more intense and vibrant than anything available before which arrived at the same time as John Rand’s invention of the collapsible metal tube (which replaced what was a messy business of pig’s bladders) opened so many avenues and options to painters that it is hardly surprising that new movements in art arose in the wake of these technical changes. 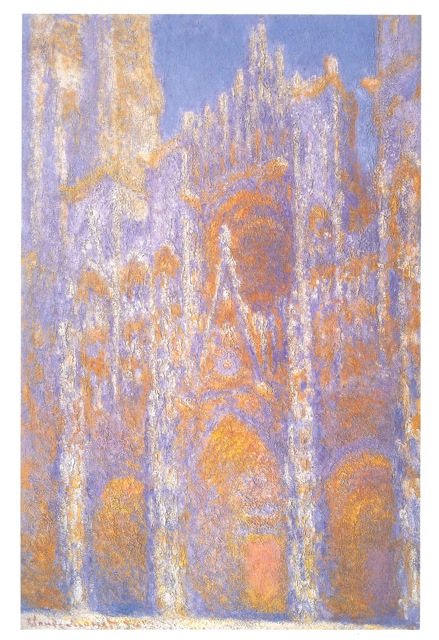 In 1857, William Perkin, a chemist trying to find a remedy for malaria, stumbled upon a new permanent colour which became the absolute rage of fashion victims from England’s drawing rooms to Parisiennes’ soirees… all over the Western world, women were in mauve! Artists had to follow suit and used the same pigment to paint the ladies in question.

A few years more and Cerulean blue, Chromium Oxide Green, and Manganese violet was out of the tube.

The first synthesis of a natural organic pigment, i.e. chemistry imitating a chemical composition available in nature is Alizarin Crimson in 1869.

The 20th century extended further the palette to

end of the 20s: the Phtalos: blue, green and the Cadmium-bariums

in the 30s: all the Quinacridones: orange, crimson, red, scarlet, violet

which means that when you mix them you get a lot more interesting colours along the way. See it for yourself in these two colour wheels. Check out the purples, the greens, the oranges… 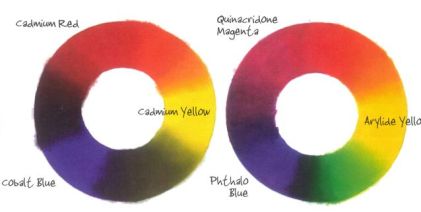 The next pigments to arrive on the stage were, in the 60’s, the crazy fluorescents. As previously, artists went wild over the new colours offered to them, simply because they had never seen these before! 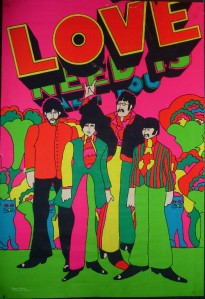 The most recent and craziest touches to the palette being of course the phosphorescents, the iridescents and interferences colours and… more to come, that’s for sure!

PS: Strangely some modern pigments are virtually extinct. Yes! pigments do die too… before it happened if they became too rare in the natural world, now it is more a question of not being loved enough to keep them in the race since we, the art world, represent such a minute part of the pigment market. When Guerra Paints’ stock of Prussian and Manganese blue to name a famous couple will be used up, well, they will truly be history (we’re talking the real stuff here of course, not the hue). And so the world goes full circle from Prussian blue’s birth to Prussian blue’s extinction… weird, hey?

PPS: Couldn’t resist adding a sample of Guerra pigments charts just for the yellows/oranges… compare it to the chart at the end of the historical pigments if you will and see how many more options you have these days! 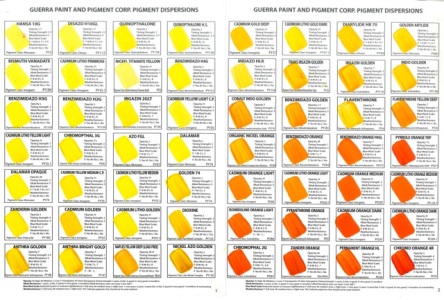 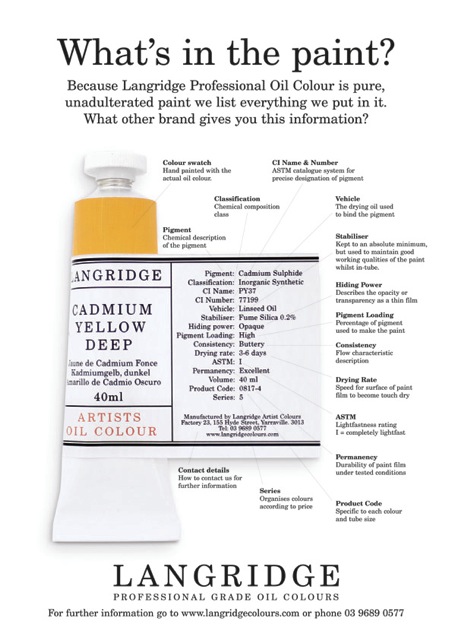 Hooked on pigments? Then…

click if you want to know more about What is a pigment? 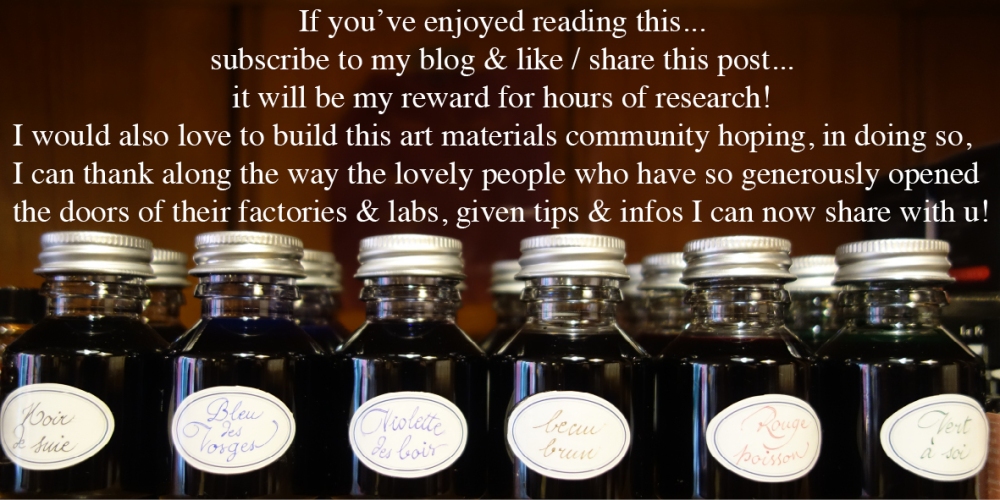